The adventure of a lifetime

Antarctica has been on my bucket list since I was 9 years old. I received an email from Travelling Fit last June to let me know they had one place left for the Antarctica Marathon 2016.  The race was part of a travel package which included several days cruising around Antarctica, and a number of on-shore excursions, I jumped at the chance.

On 6 March 2016 I joined the 110 other passengers (runners plus supporters) in Buenos Aires, Argentina. From there, we flew down to Ushuaia at the southern tip of Argentina, to board the Ioffe, a Russian ship reinforced for travel through icy waters.  The first hurdle is crossing the Drake Passage over to the northern part of Antarctica, being generally prone to seasickness, this was the part of the trip I was most worried about!

The Drake didn’t disappoint, and on the second night of the crossing I got little sleep as the ship rolled from side to side.  Luckily we reached the islands of northern Antarctica in one piece, and despite the lack of sleep everyone was excited for the race.  We had an excursion on Penguin Island on Saturday morning to get close with penguins and fur seals, race briefings Saturday afternoon, and then it was an early night ready for race day on Sunday.

The race briefing gave conditions for race day to be rainy, but with low winds dropping to no wind, and temperatures around zero to minus two.  The cut off time for the race is 6 hours 30 minutes, as any longer than that out on course means you are likely to get cold and potentially suffer hypothermia.  The biggest concern for us all was high winds, so we were pretty happy with the expected forecast.  We put on our race kit, and then the standard heavy waterproofs and rubber boots required for the trip to shore on zodiacs speedboats. Then as the rain was starting to fall a little more heavily, they started the race without further ado.

We were running on King George Island. The course; a six time out-and-back along a well defined gravelly road to run on road, with some decent hills along the way.  There were small puddles as we ran, but these were easy to avoid which also meant my feet stayed relatively dry.  There were large rocks in places, so keeping my eyes on the ground to make sure I didn’t roll and ankle was important.  The wind stayed low for the first 3 laps, everyone was cheering each other on and in generally good spirits.  I finished my first 3 laps in 2 hours 15 minutes and was feeling comfortable and confident of a finish.

We had been warned that the weather in Antarctica could change quickly, but I think the milder conditions of the first part of the race left us all a little complacent.  During my fourth lap the weather changed, the wind starting to pick up, and the rain turned to heavy sleet.  Suddenly we were running into strong headwinds, that made the sleet felt like needles on your face.  Despite wearing gloves that were ‘waterproof’, the wind whipping against our moist gloves caused fingers to go numb quickly.  I had my race nutrition in my pockets, but my hands were so cold I was unable to use the zip, so along with many others on course I gave up trying to access my food stores, and focussed instead on finishing the race.  The winds got so bad that it was really difficult to run, so I conserved energy by power walking into the headwinds, and running with the tailwinds.

The only word to describe Lap 5 is ‘brutal’.  I was getting very cold, there was no avoiding the puddles anymore, my feet were freezing. I started to question whether I would finish. At the end of my fifth lap, one of the race officials told me I needed to get my large waterproof coat on to protect me from the worsening weather. On my way to retrieve my coat from my race bag, the race director stopped me and told me if I wanted to finish I needed to go now. The captain of the Ioffe was trying to call off the race due to dangerous waves and winds which risked us getting stranded on shore.  I got my head down and got back running without the extra layer. Fearing I would not get over the line before they cancelled the race, motivated me to run.

Reaching the far turnaround for the last time was bleak – the volunteers had been taken off the course due to the worsening conditions, so just a few of us remained battling the wind and poor visibility.  We were told by the organisers afterwards they estimated the gusts at 90kmph.  As I rounded the final corner to the finish line, there were a few volunteers still there to cheer me on, which was fantastic.  I crossed the line in 5 hours 14 minutes, which was a time I was very happy with given the conditions!

First priority, get my bag and get changed.  I was so cold I only had the energy to put my coat and rubber boots on – I couldn’t feel my hands or feet.  The waves had become so large that we had to wait huddled together on the beach like penguins to trying to stay warm, for a zodiac to take us to the loffe. After a few aborted attempts, the zodiac finally beached, and we rushed over to jump on. We struggled to get the zodiac close to the gangway on the Ioffe due to the waves, but finally we were able to attach the rope and one by one step off into the safety of the larger boat.

I was told I was suffering from hypothermia, so went quickly to the cabin and got into a hot shower. I then climbed into bed fully clothed, and was given hot soup until my core temperature reached normal.  Once I was warm, and with the feeling returning to my hands, I was able to get to the dining room for some hot food, and a well deserved beer!

I found out that they had stopped the race at just under 5 hours 30 mins, I was one of the last that made it over the line. Many of the runners had been taken off the course due to the conditions.  A number of those who didn’t finish decided to go down to the ships gym and finish their race on the treadmill! It was a testament to the great friendships made on the boat to see the number of people that were down in the gym cheering on the treadmill runners.  Even the disappointment of those who didn’t manage to finish seemed to dissipate quickly, and we all had a great night celebrating victories and tough conditions.

Whilst the race is the hardest thing I have ever done, and is certainly the most expensive, I would recommend it to anyone who has a bit of an adventurous streak when it comes to running.  The scenery at the end of the world is incredible, and to run where so few people will ever get to run is a really special experience.  I also made some friendships on the boat which I believe will be life-long, and have agreed to two more international marathons in the next 14 months with several of the people I met on the trip.

It’s always a great privilege to coach athletes towards their chosen dream. If you would like more information on our coaching packages, then please refer to our website or email sarahanne@karmeafitness.com

Tips for a healthy Christmas 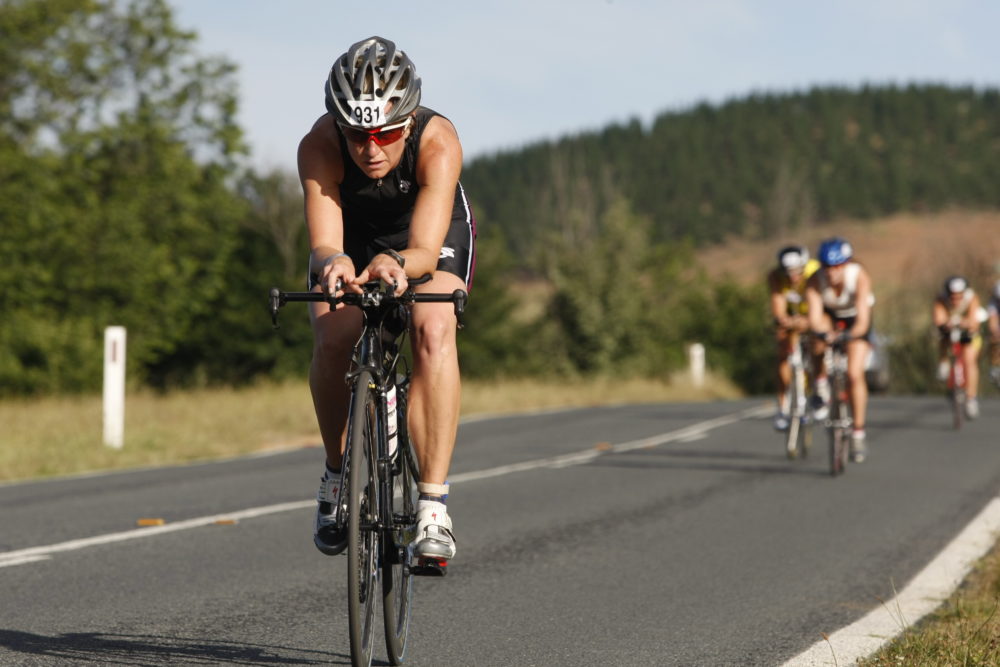 Training the Warrior Within 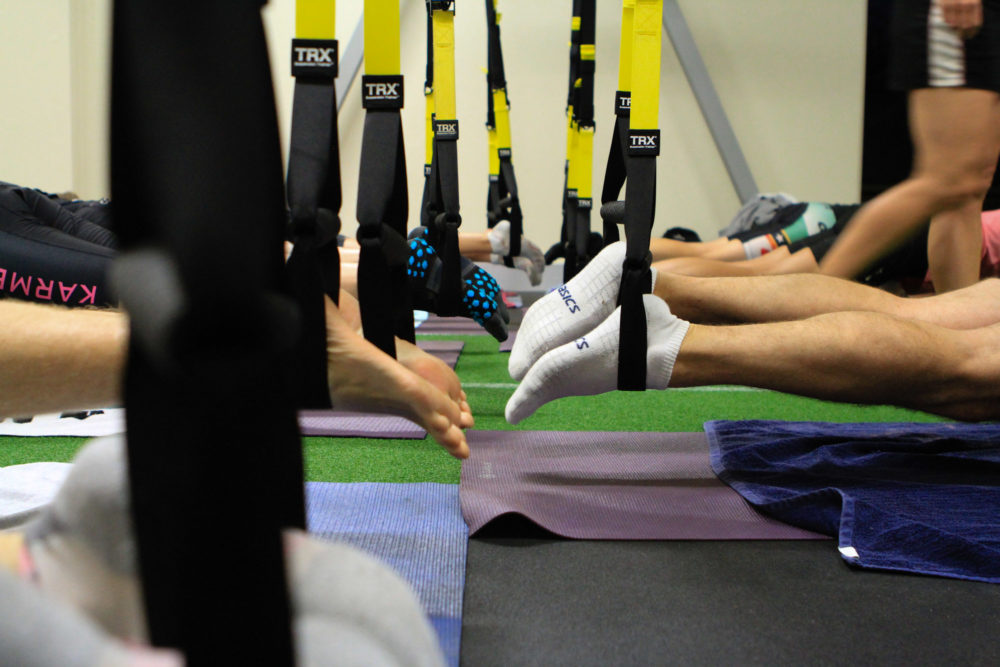 What Lies Beneath – The Importance of Core Stability 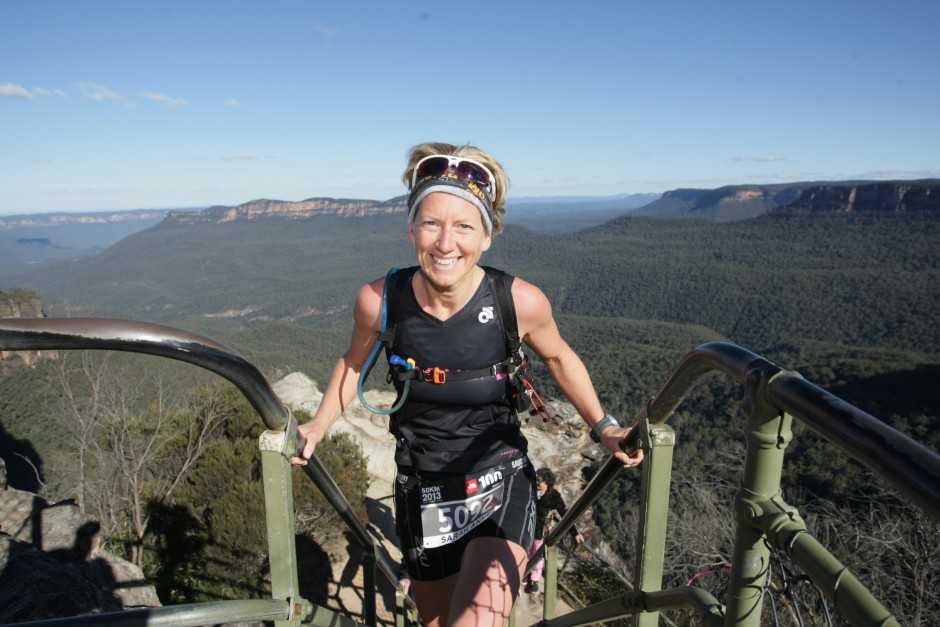 Woman with a Purpose